I'm still alive, just haven't got around to posting for the last four months. I'll not bother with a myriad of excuses, but instead post some pictures of sailing the Sona. 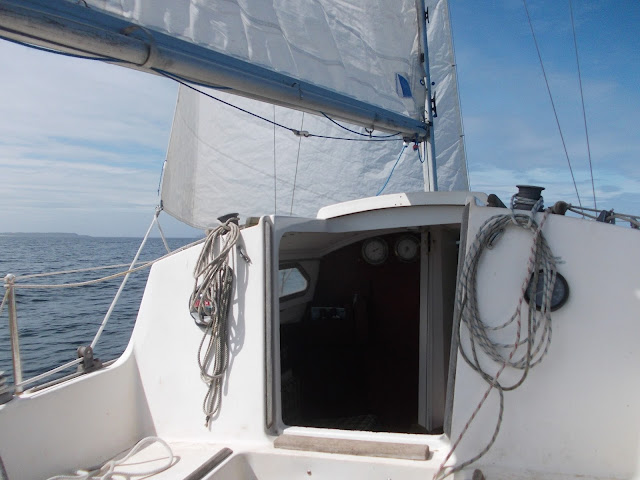 It hasn't been a very good season, I've been really busy with work and then it always seemed to poor weather whenever I had time off. I've only managed five outings which makes for a very expensive hobby this year! 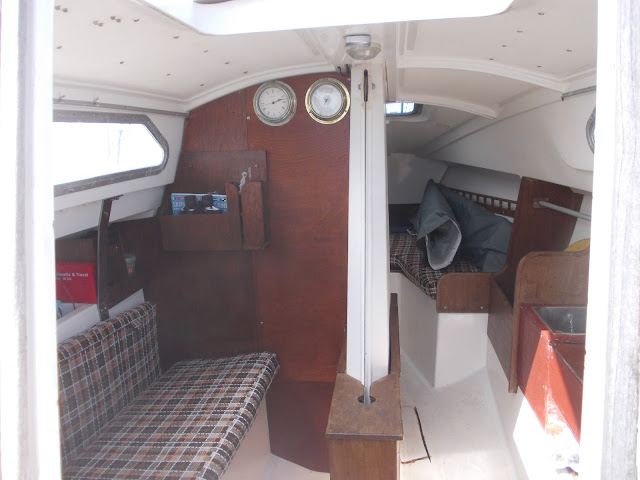 The interior modifications have held together and the new solar charging and electrics have worked faultlessly. The usb sockets charge my phone quicker than the mains charger at home. The only problem has been a small but persistent leak. I'll need to rebuild and replace the windows over the winter and hopefully that will cure it. But I also plan to get the boat craned up onto blocks so I can check the keel box. 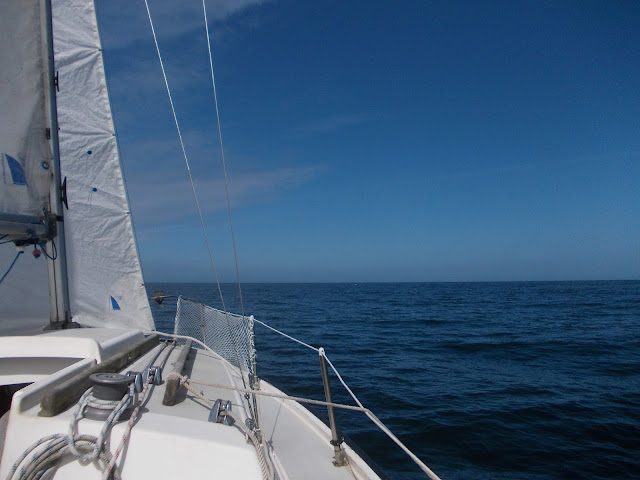 Its a lovely boat to sail but the genoa is a bit of a handful when single handing, so fitting a furler is another project for the winter. 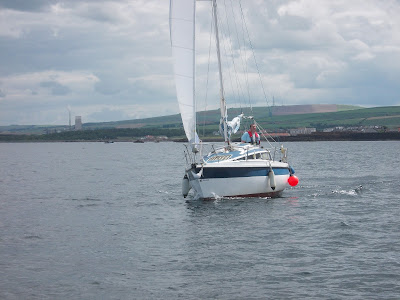 I think the above photo was in May. Anyway, that's Stuart on his yacht Seline. The photo below was a week ago during the Rudkin Memorial Race. I was late starting then retired after an hour of drifting along at half a knot. In the end, there were only two finishers. 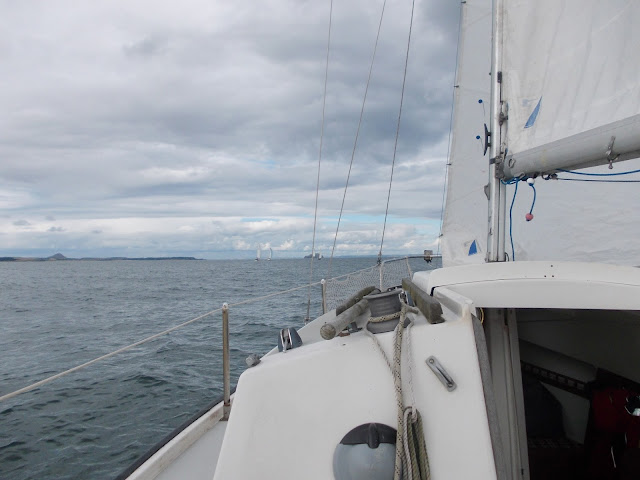 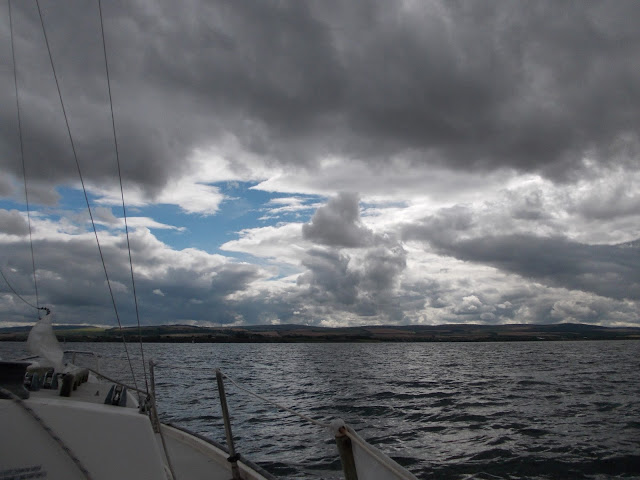 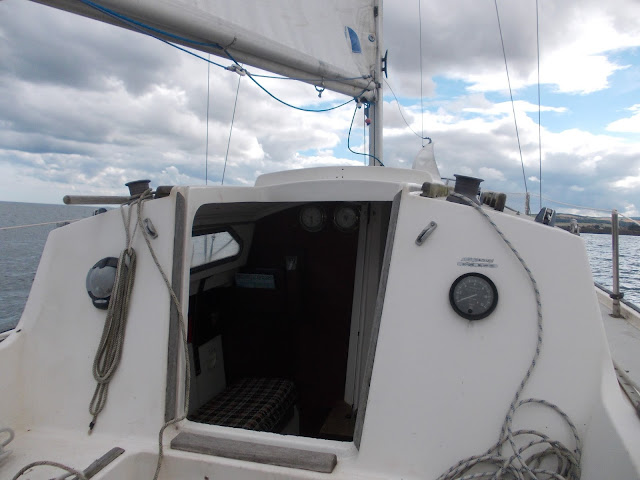 There's a big rock under that iron pole! 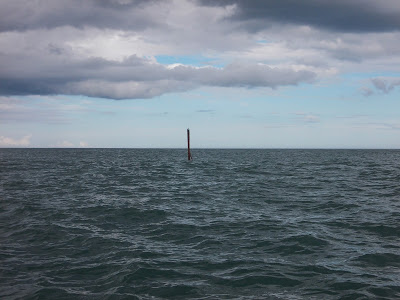 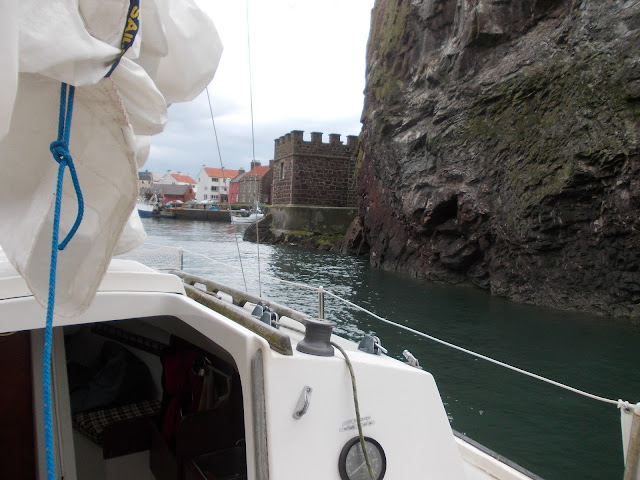 Back into the narrow harbour entrance and there's an expectant face waiting. 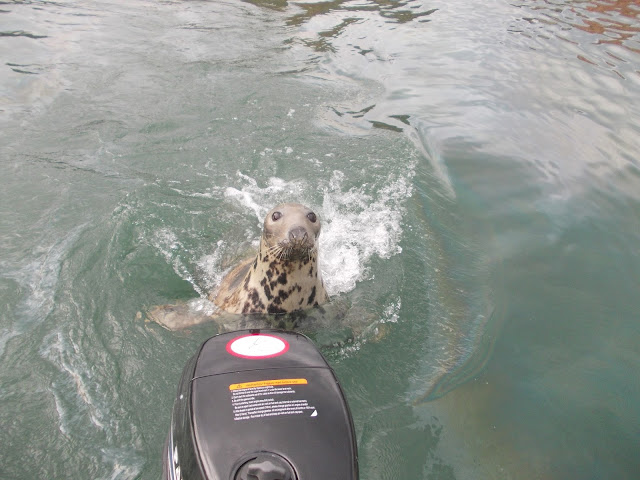