Week 1 with the new boat.


When I was making coffee this morning the roof tops were covered in snow. It melted by sunrise, but there was still a freezing wind gusting in from the north. 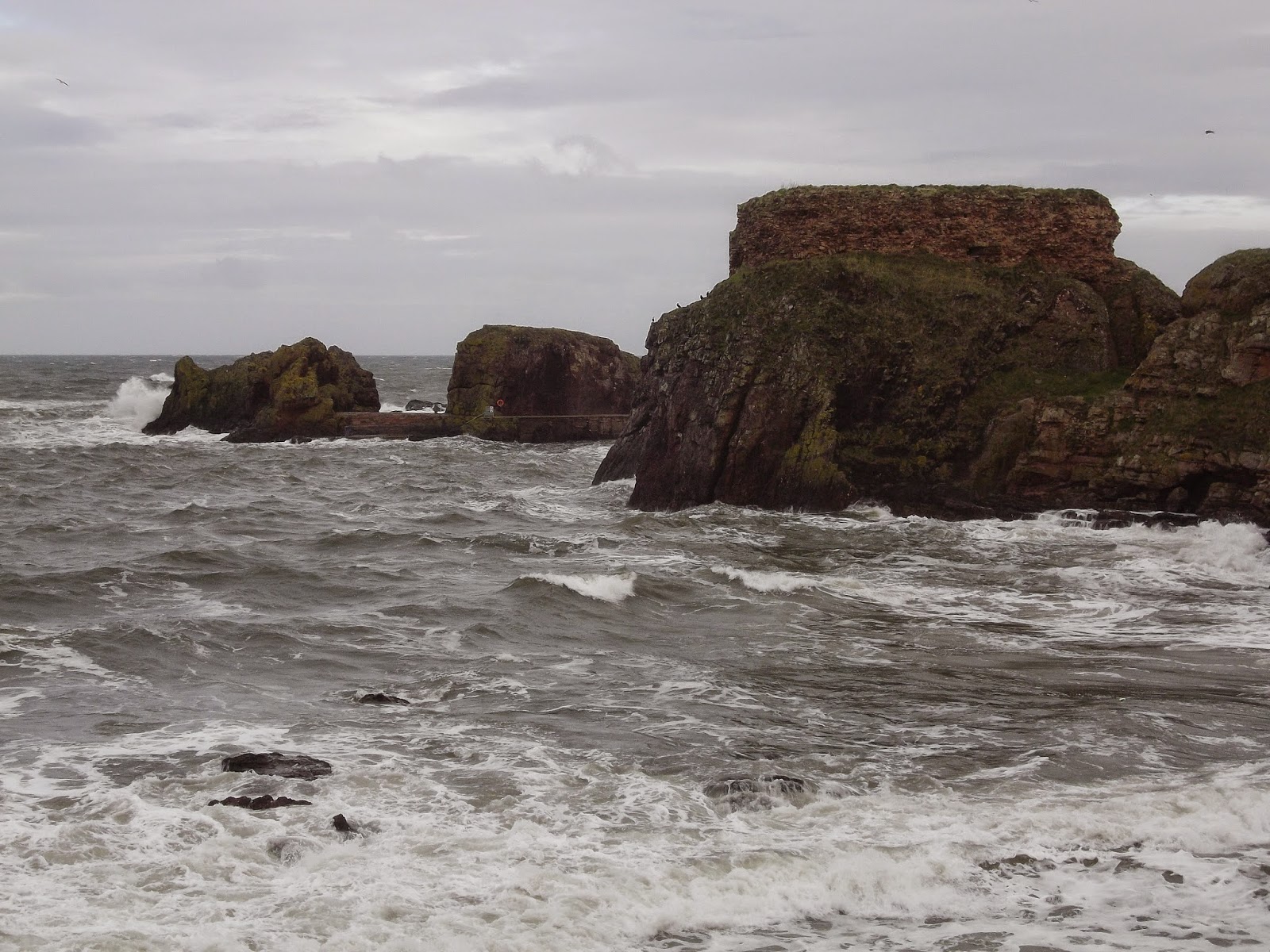 I went out for a walk along the cliffs to the sound of a crashing sea and the sight of loads of birds sheltering from the inclement weather; I really should have taken a camera with a decent lens.  Fly was feeling the cold too. She normally charges through puddles but today she was a little more restrained. 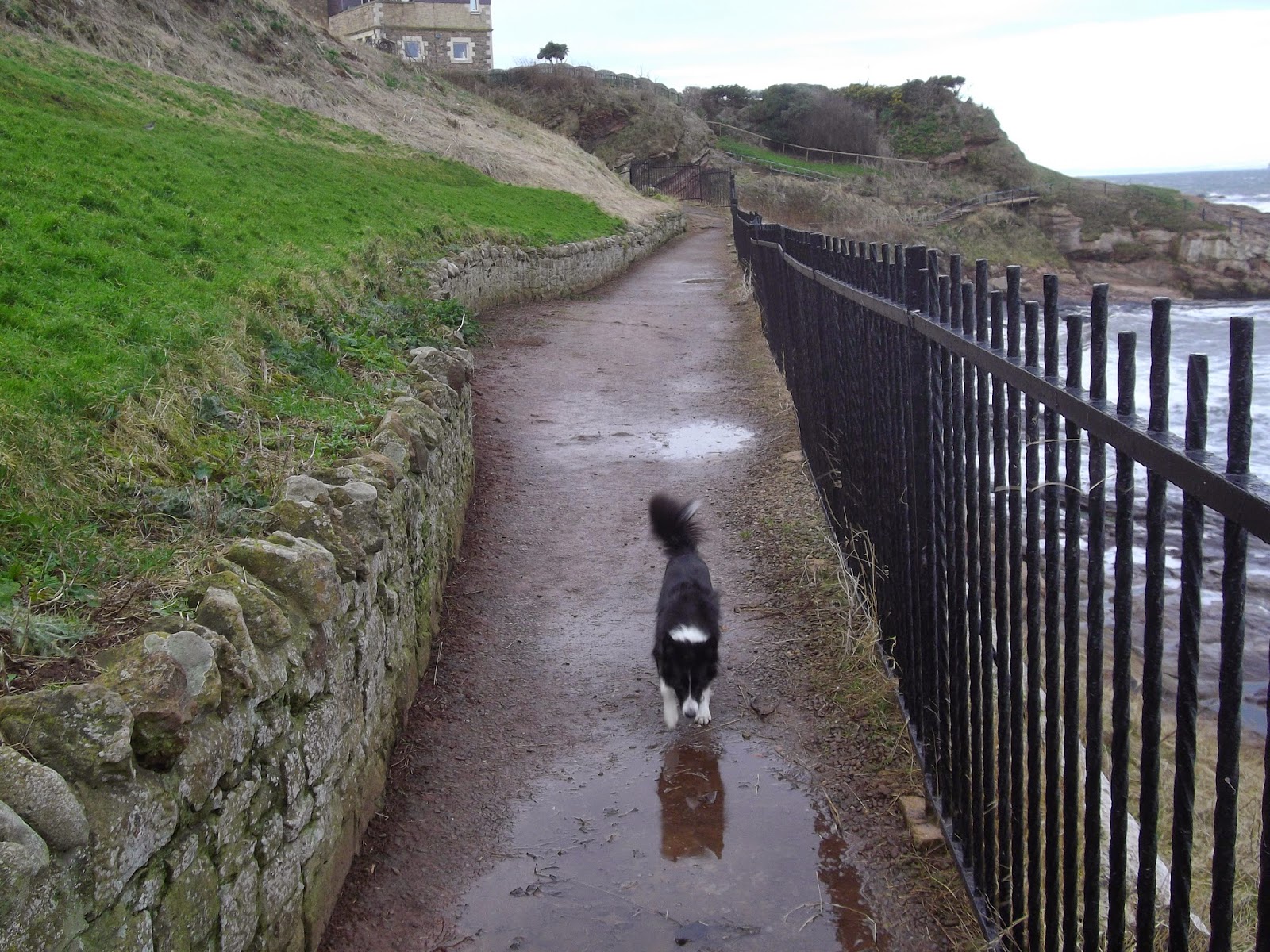 So yet again I gave up on plans to go for a cycle but I did get a couple of jobs started on the new boat. 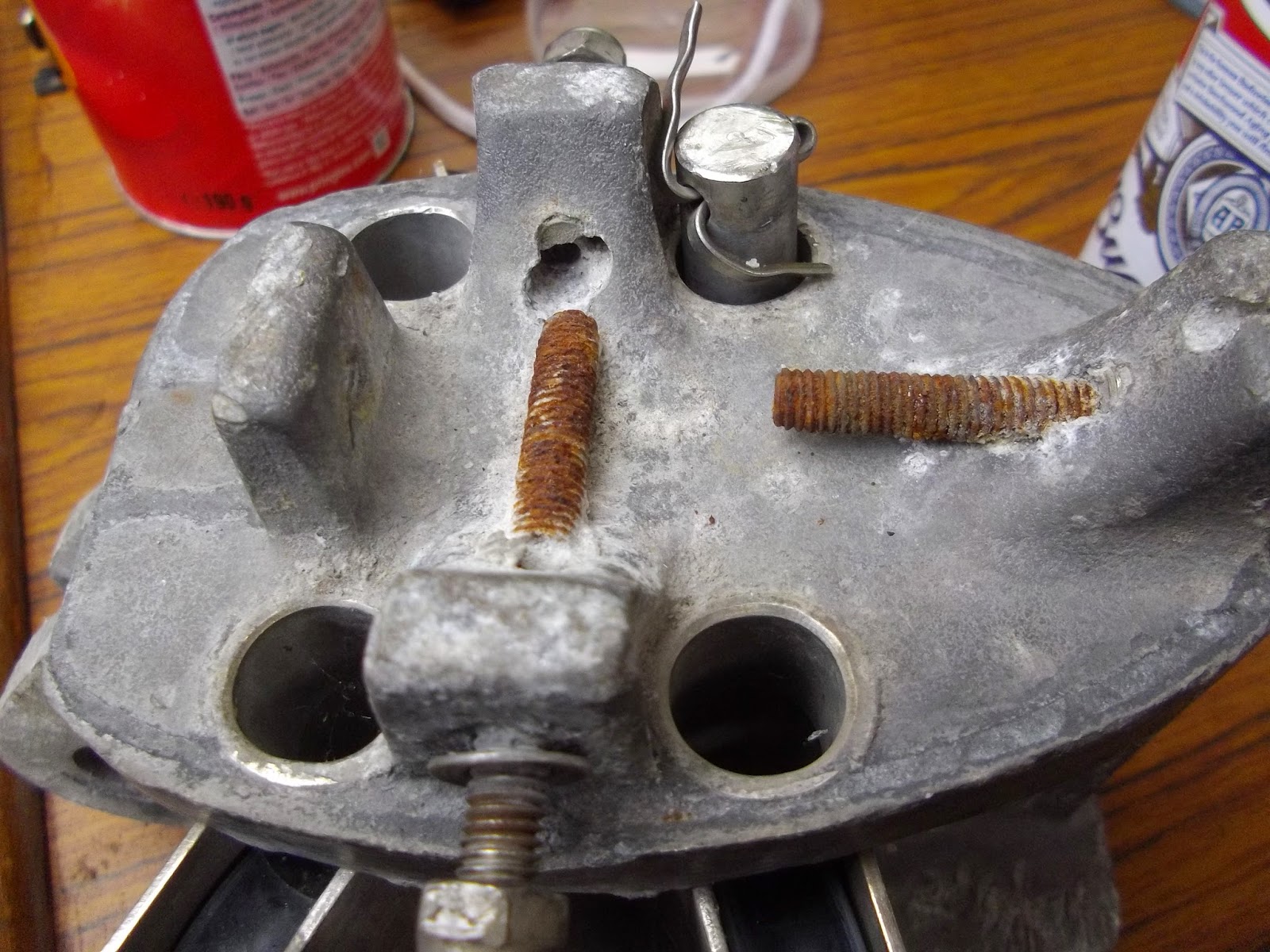 Stuart came along and the first task was to find the key which I had lost! Then I chiseled off a corroded old bolt to free the companionway steps which allowed me to re-fit the table. This gave me a work surface to start the more fiddly tasks. The lump of alloy in the above pic is the mast foot which tore out of the mast. The bolts and stud work show absolutely no sign of coming out without risking major damage to the alloy. 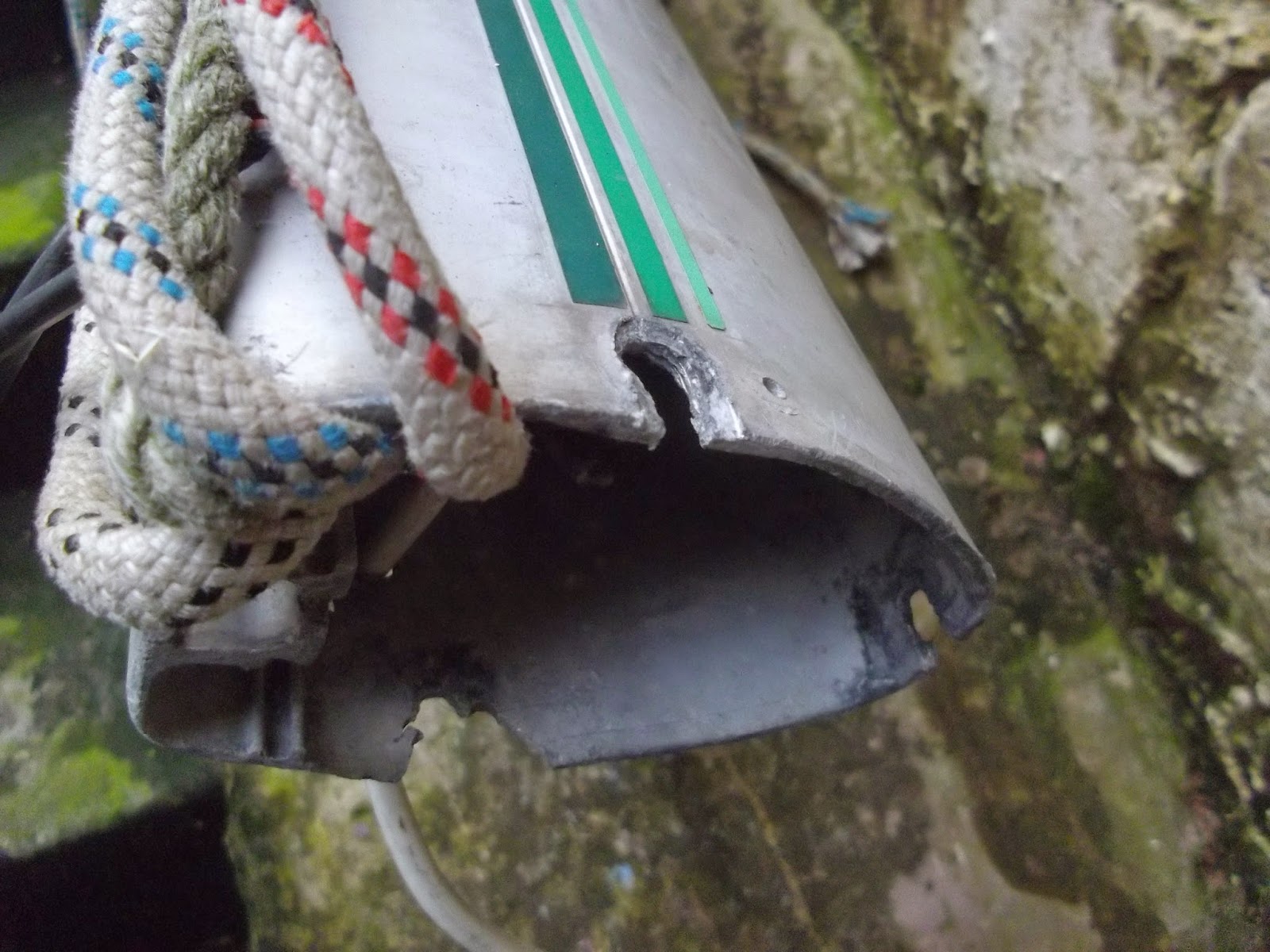 So my plan is to add an aluminium band around the bottom of the mast, drill new holes for the studs and then rivet the whole lot together (after re threading the halyards). I may be able to tap a new thread for the bolt at the back of the mast or I might look into fitting a riv-nut. First thing was to get the mast to where I can work on it, so up onto our shoulders and off we headed to the sailing club. 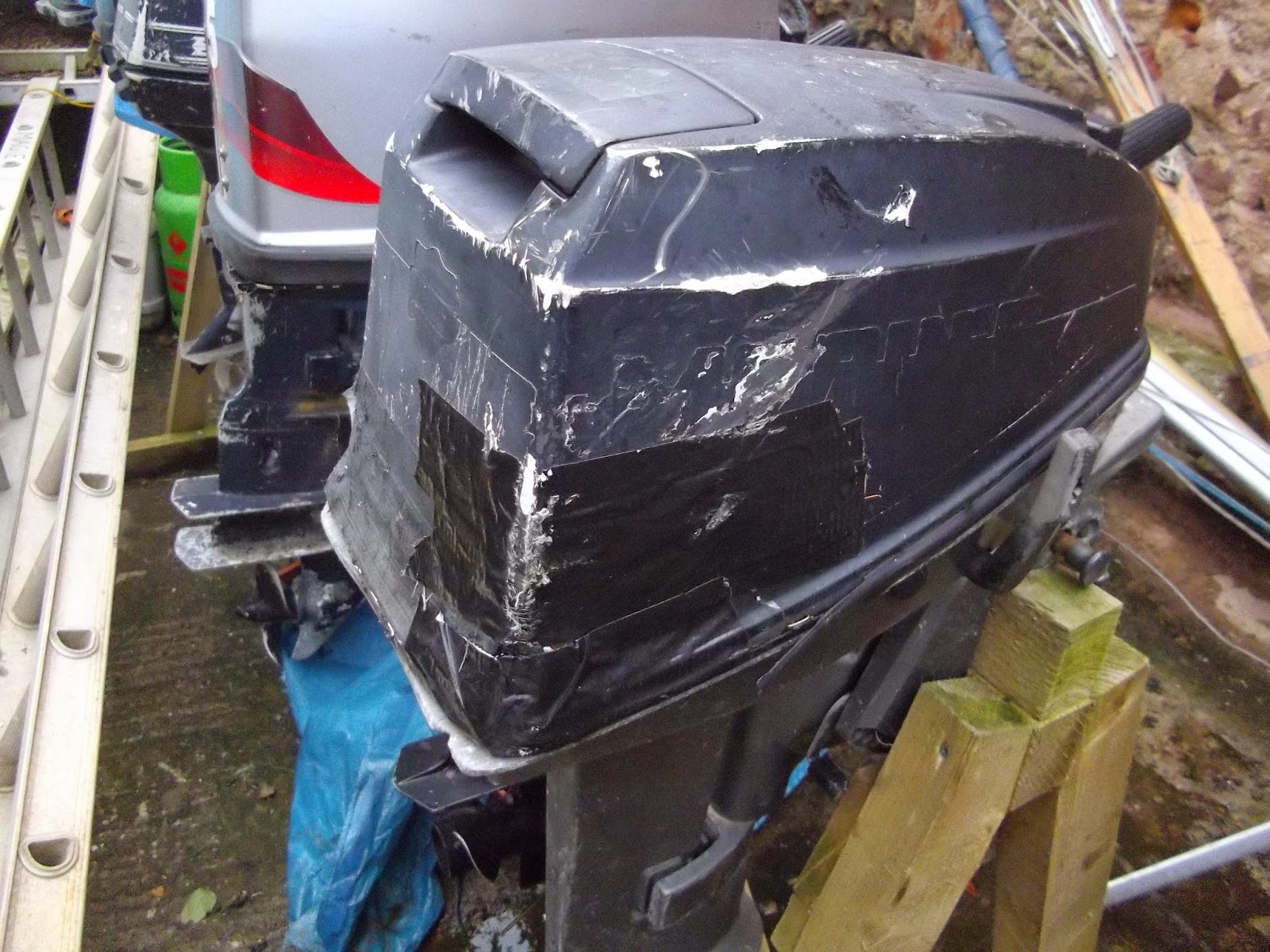 This is also where the outboard will need to undergo a rebuild. The cover looks a mess but inside was surprisingly clean and lubed. 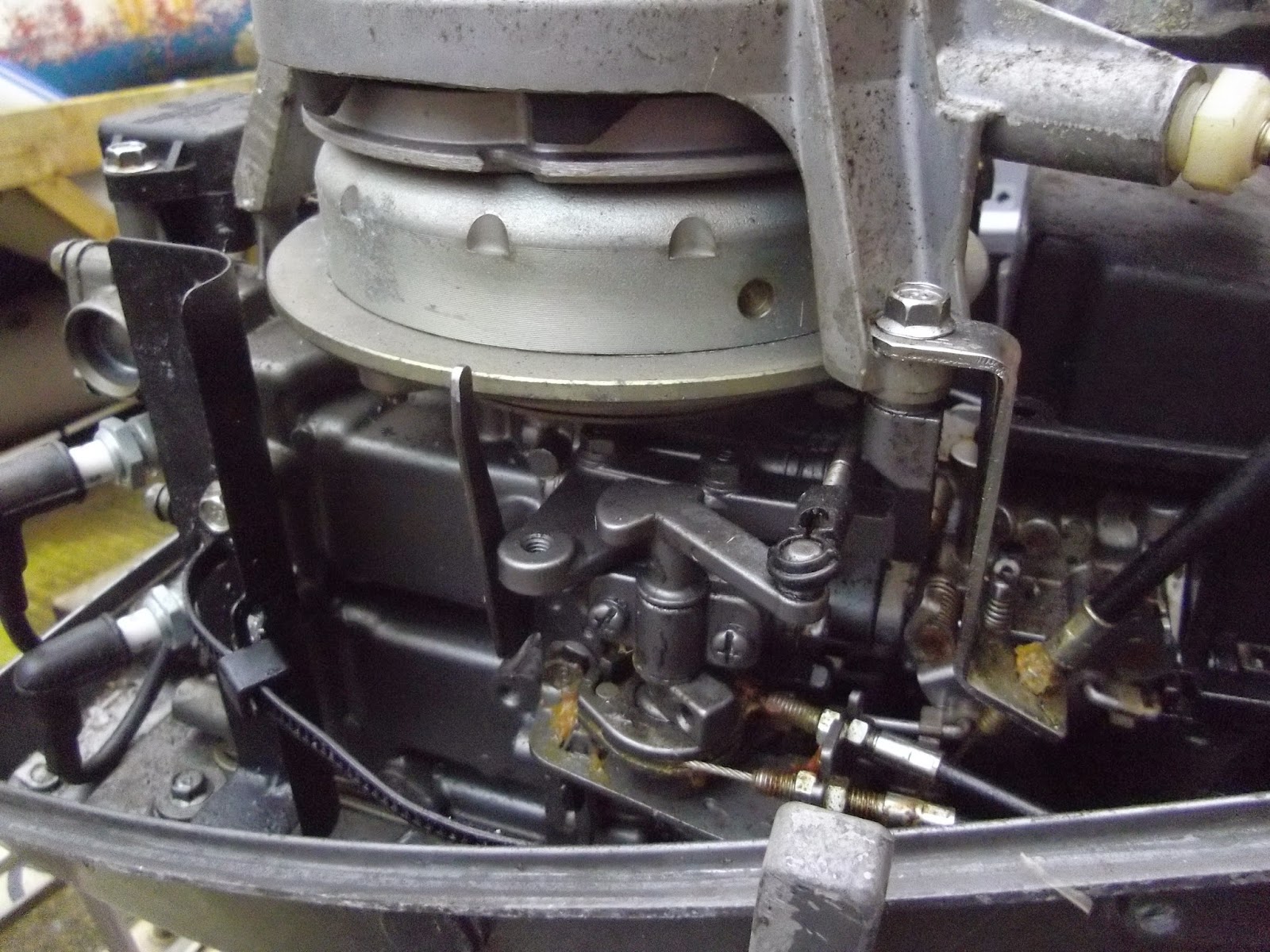 Hopefully a decent service, carb clean, new impeller and gearbox oil, and it might be a runner. There seems plenty of compression but the tell tale looks a bit salted up.


I also checked out the gas stove on the Sona, but it was far too corroded for my liking. I'll give mechanics or low voltage electrics a shot, but I don't mess around with gas. So that's going to require a replacement before I can get the first coffee brewed on board.  All in all, it looks an achievable project, if I just didn't have the inconvenience of having to go to work during the week.

So I bought another yacht.....


Well I've finally got around to the first post of the new year! I've not been out any distance on the LHT partly due to the poor weather, but mostly through apathy. During the working week I'm really busy, putting in extra hours at work in preparation for an audit and then studying at night. So what I probably need is a break at the weekend, de-stressing, getting some exercise. Instead I've just massively increased the stress and bought a bigger yacht. 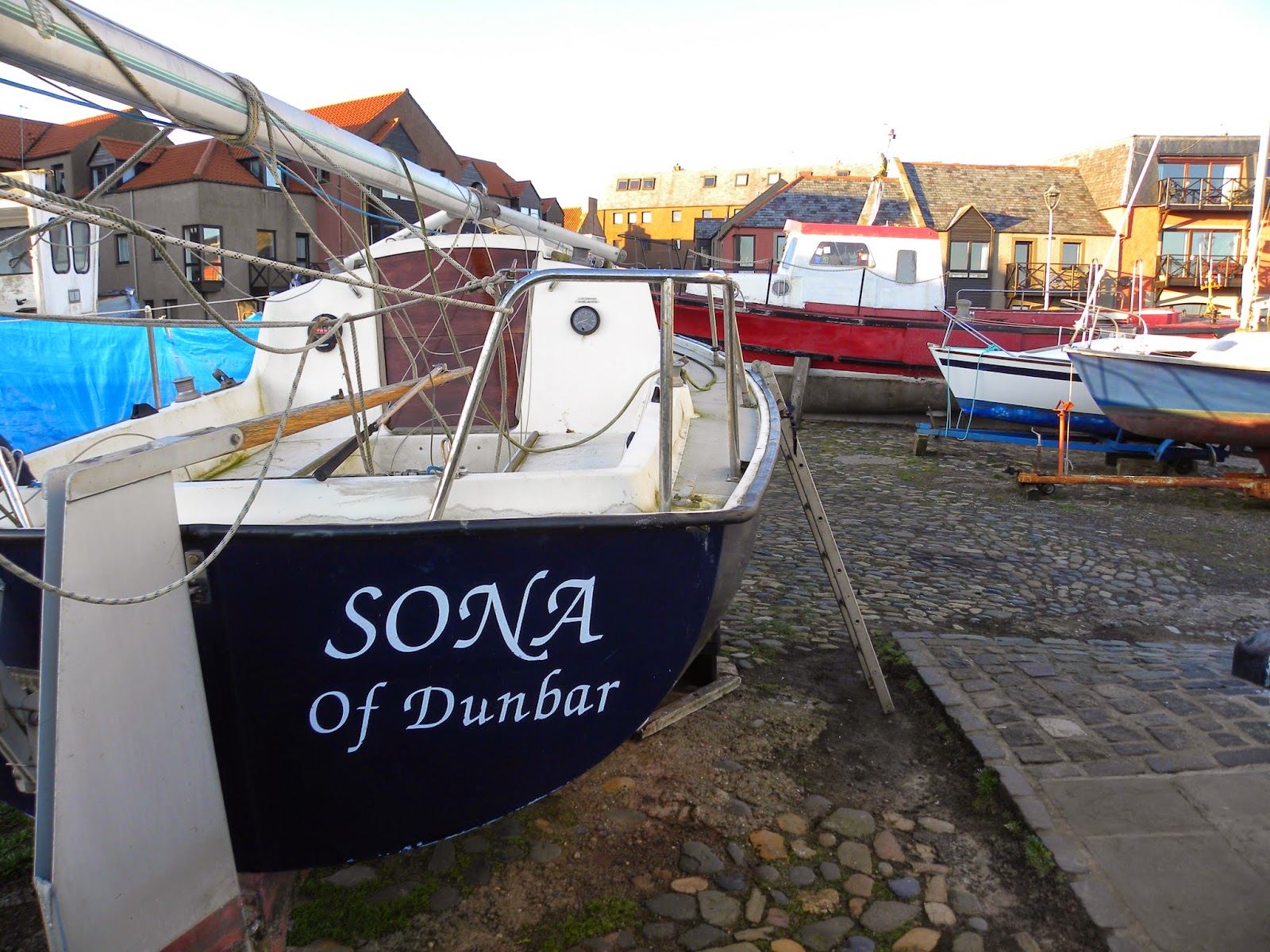 Some may remember that I had been looking at another boat last summer. That was an E-Boat which unfortunately was bought before I was able to view it. I've kept looking and finally a friends Jaguar 23, Sona, came up for sale, and on Saturday morning we shook hands on the deal. 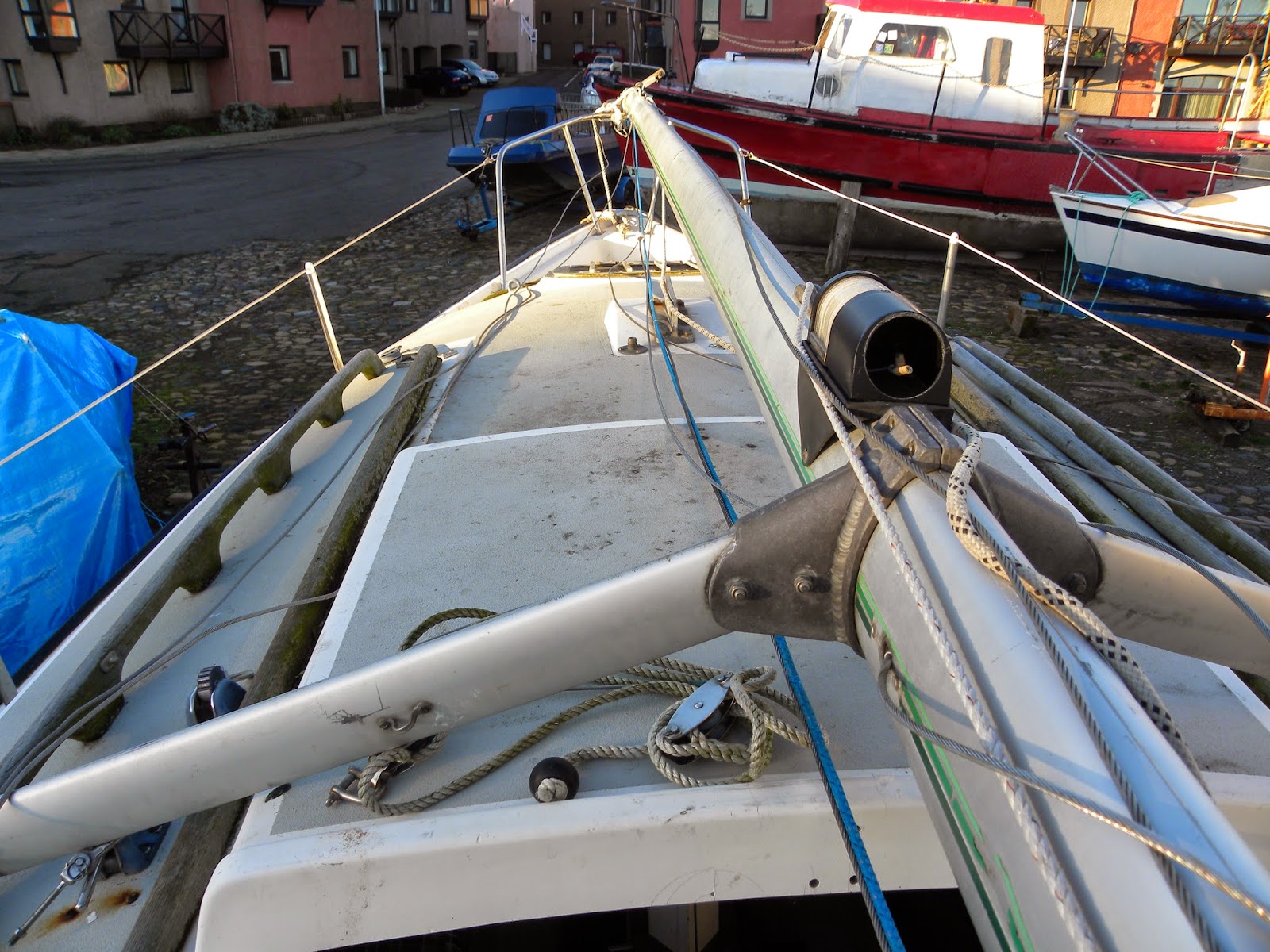 The Sona needs quite a bit of work; It was dismasted during a storm last year and some standing rigging needs replacing. The mast foot was also torn off, so I'll have some fun drilling, tapping, and riveting the alloy. The wiring seems shot and there is a lot of cleaning to be done. A rudder gudgeon needs some aluminium welding and the engine doesn't seem too keen on running..... I could go on. 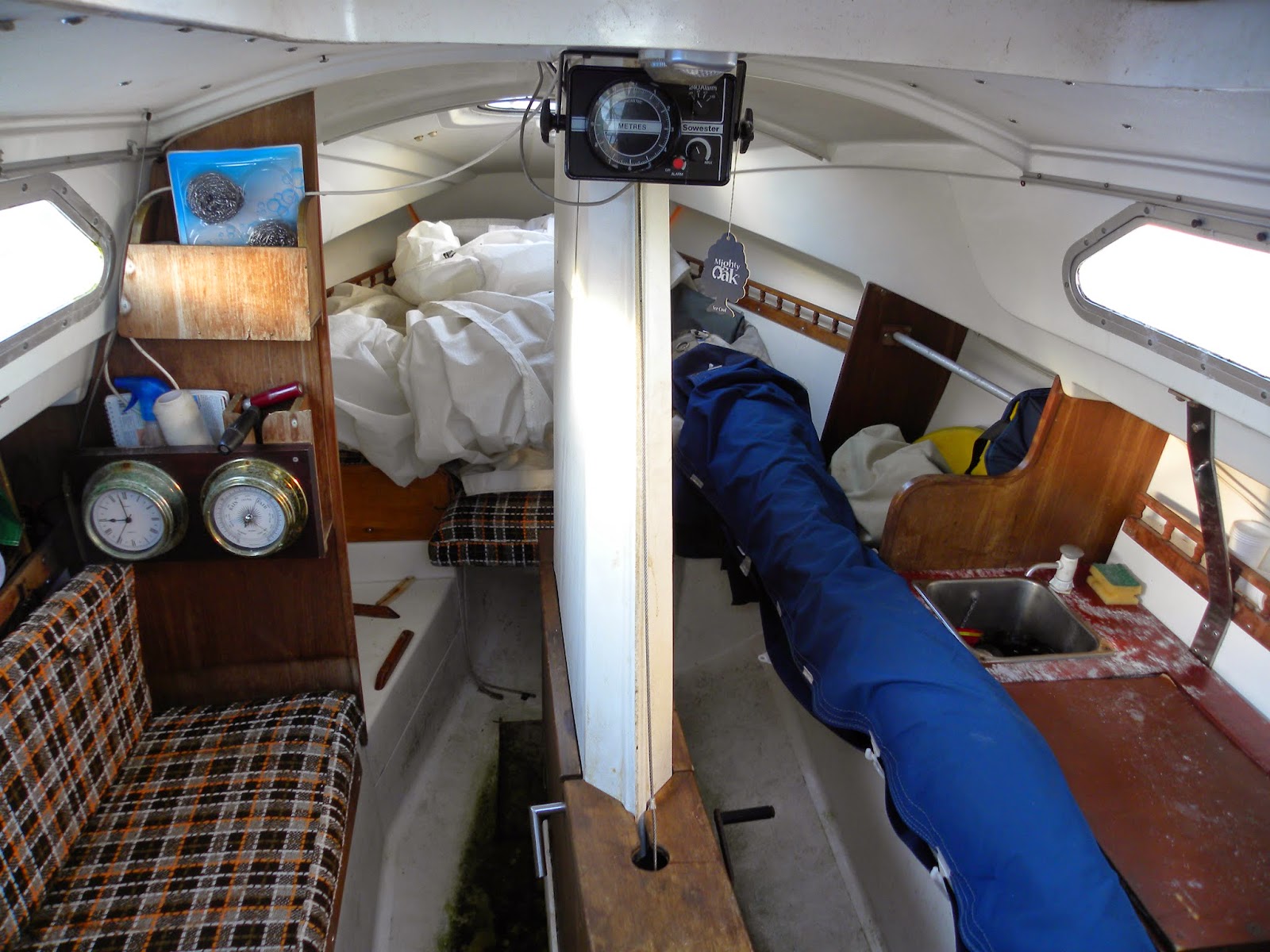 But it is a fast cruiser/racer with a lot of potential. There are a couple of suits of sails and the hull, deck and keel are in good shape. 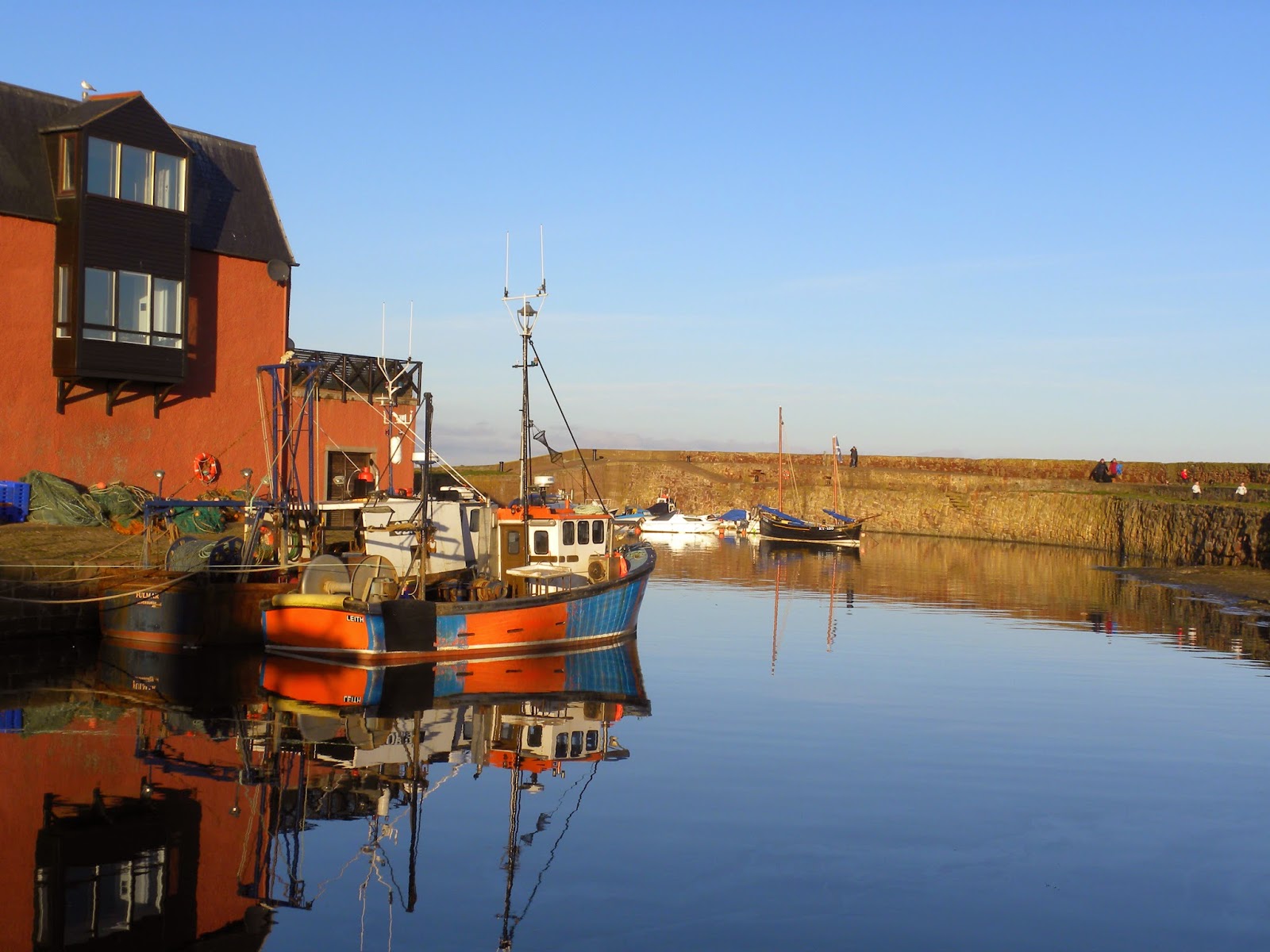 The view from the deck is pretty good too. 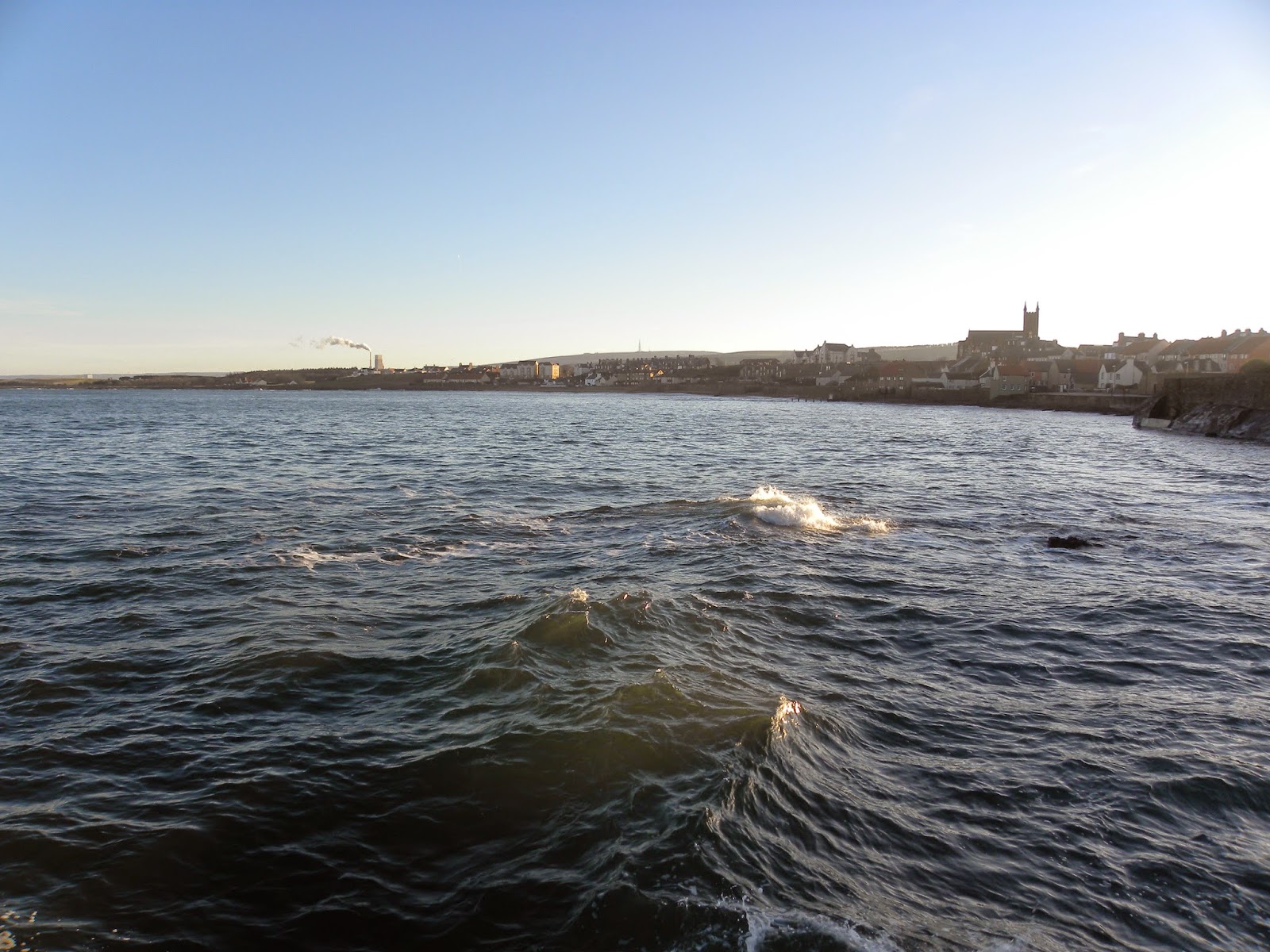 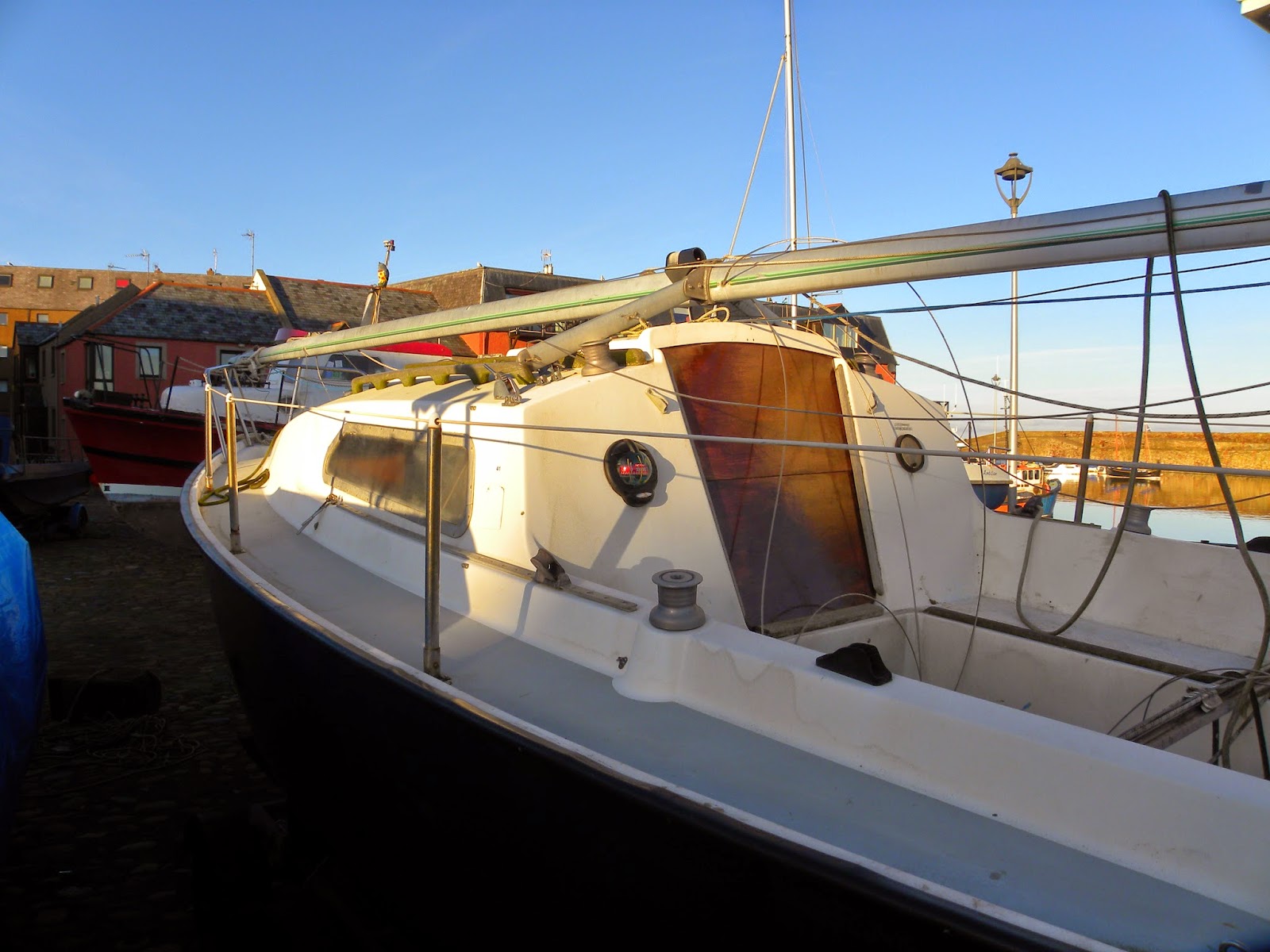 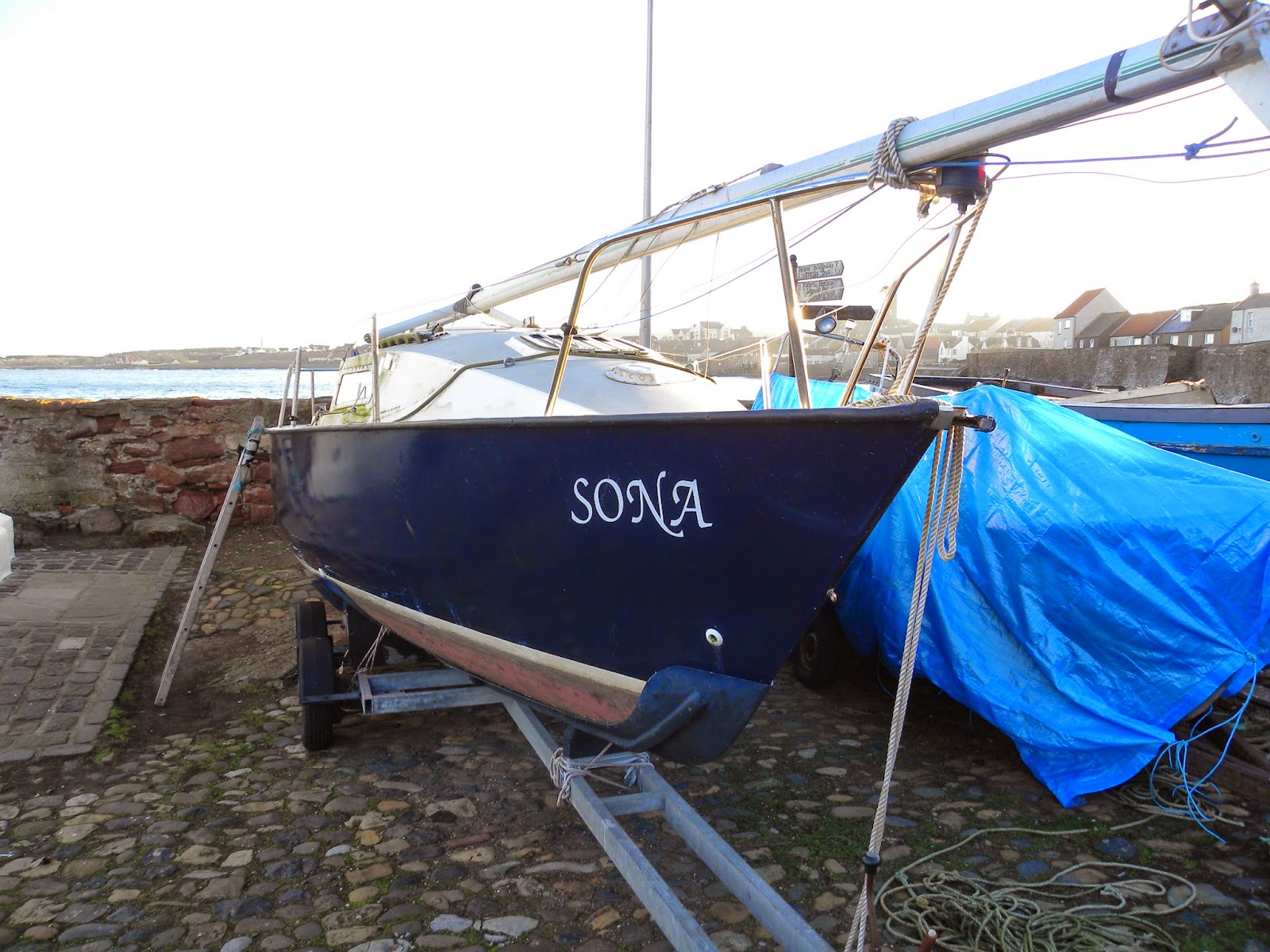 I need to do some work on the Heron and then it will be up for sale at a cheap price! Meantime I'm goin to try to get some cycling in, but there are probably also going to be quite a few posts following the re-building and launch of the Sona. The target date is 4th of April, the Easter weekend!