Fatty at the Salmon Station

Coastkid called round this morning and we loaded the Fatbikes into the car then headed along the coast to the Salmon Station at Redheugh that I last visited at the end of June. 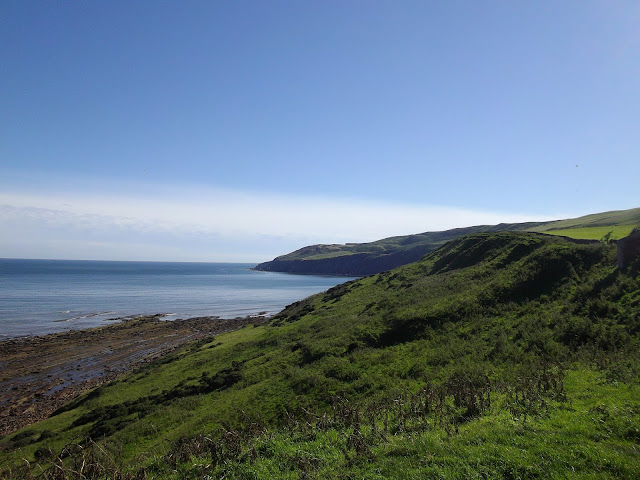 Down past the coastguard cottages and it was a great descent picking out the old track to the shore. The On-one Fatty handled impeccably, rolling over the bumps and providing loads of confidence through the corners. 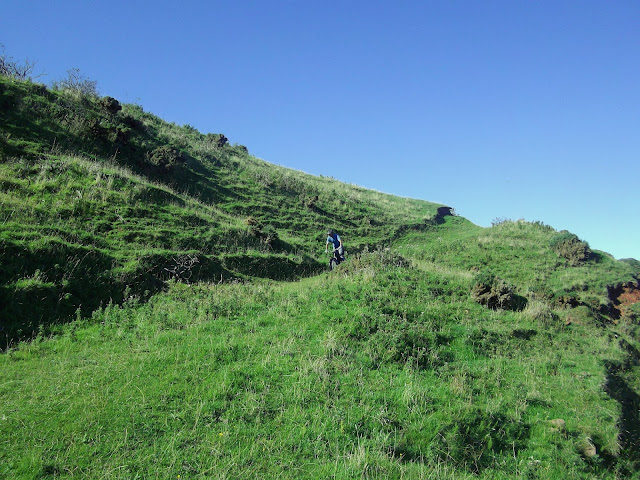 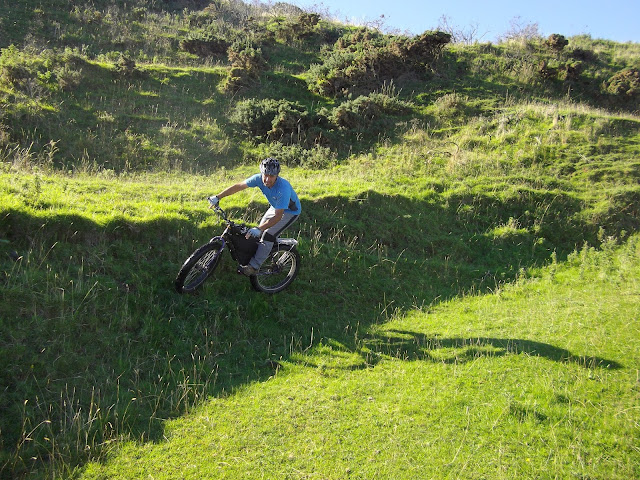 The Pugsley was pretty good too! 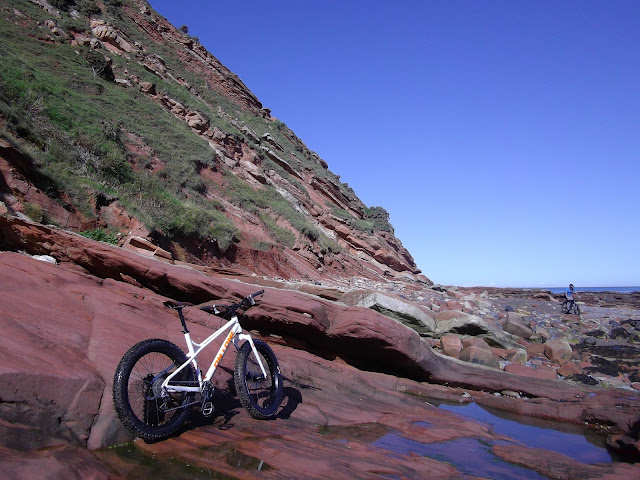 On the shore and it was tricky pedal across the rocks trying to follow the cuttings of the old cart track. 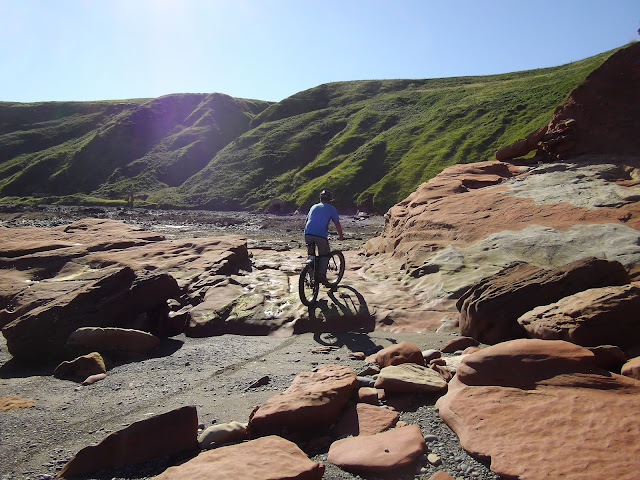 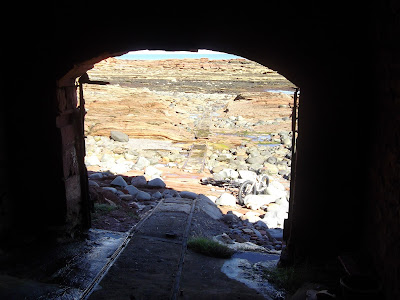 We had a nose around the boat shed and Coastkid climbed up to have a look at the little vintage hyrdo-power station. 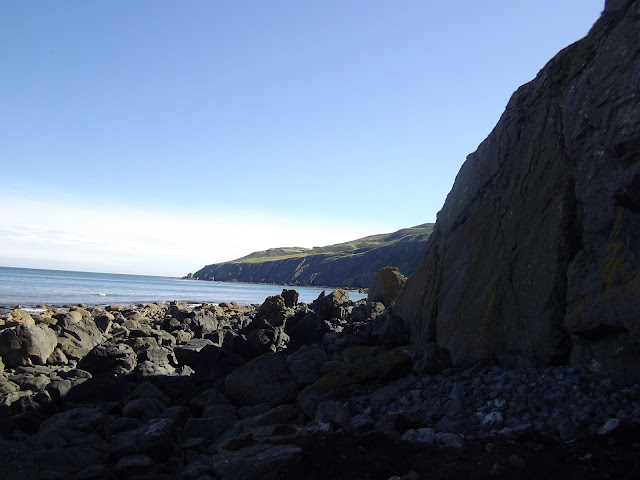 The bikes were left as we scrambled along the rocks to see the old bothies and have a nose around the next headland. 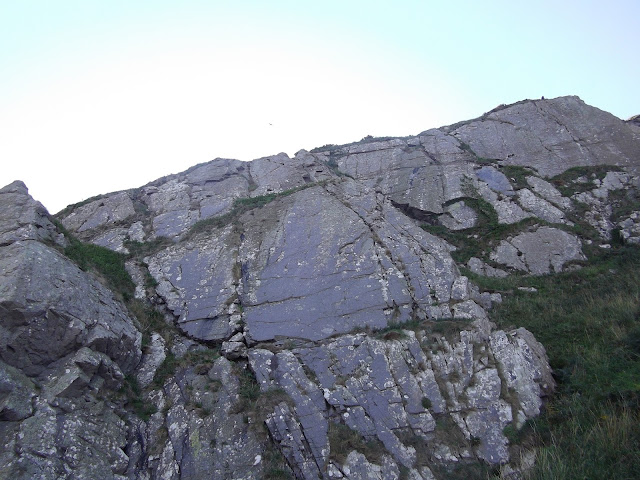 A buzzard was soaring above the cliffs and there were a couple of big corvids that sounded awfully like Ravens. I didn't know that there were any in this area but a quick search on the internet has revealed that a colony has recently re-established itself. 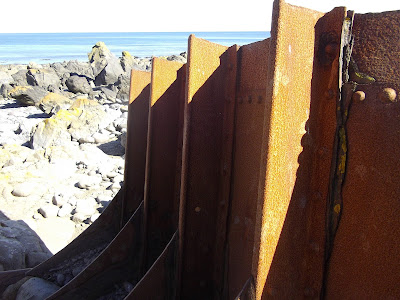 Around the headland and there was what looks like the remains of a ships hull. I also found a grey seal cub skull. The teeth are slightly hooked to help keep a hold of fish. 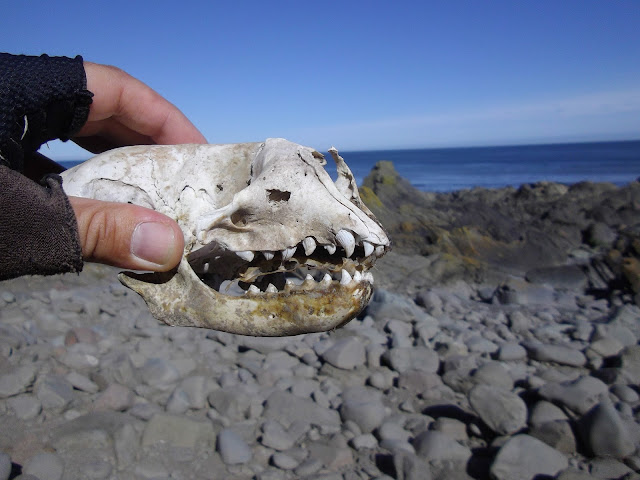 Unfortunately for the poor creature it seems that it had some sort of skull lesion. I don't know what part of a seals brain this would have affected but it probably wasn't destined to be long lived. 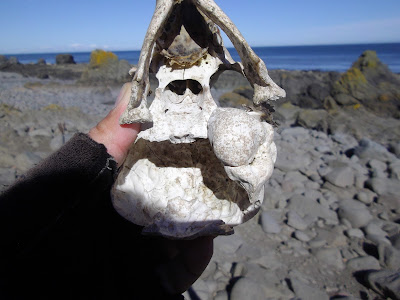 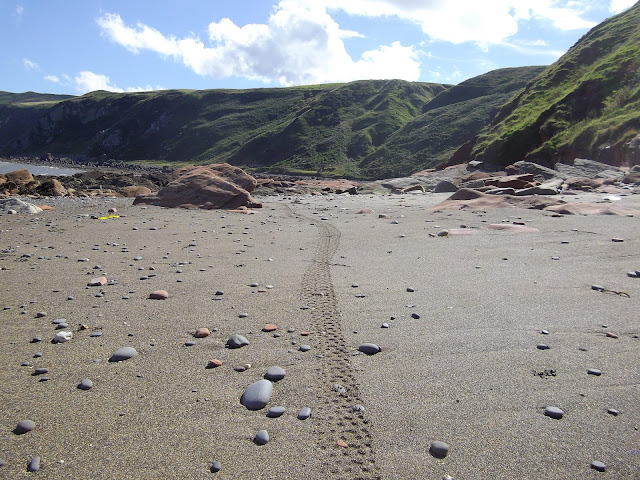 Back on the bikes and we picked a route back along the bottom of the cliffs, past the route we descended, and on east. Lovely little gorge with a waterfall and an improvised barbecue pit. 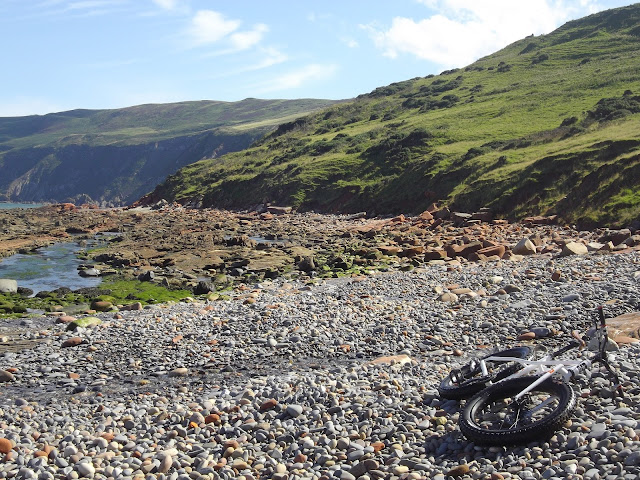 The Fatty is great. I managed to cycle a lot of the coast in the above pic. It won't suit everyone, particularly if you like speed. Today we probably only cycled a few miles but we were on the go for at least three hours. If you just want to get outdoors and explore places that bike never normally go, then you will understand.
Posted by Peter at 19:08